Shashank Joshi is Defence Editor of The Economist, where he writes on a wide range of defence and security issues. He was previously Senior Research Fellow at RUSI and joined the Institute's advisory board in 2020.

He holds a BA from Cambridge and MA from Harvard, where he was a Kennedy Scholar. He has also been a Research Associate at the Changing Character of War (CCW) Programme at Oxford University and graduated from the Columbia-Cornell Summer Workshop on the Analysis of Military Operations and Strategy (SWAMOS).

He has regularly lectured at the Defence Academy of the United Kingdom and given evidence to the House of Commons' Foreign Affairs and Defence Committees. He has published widely in newspapers and peer-reviewed journals on international security, including books on Iran's nuclear programme and Indian power projection. At The Economist, his writing has explored the nature of modern warfare, the evolution of military technology and international crises and conflicts.

A full list of his writing is available here.

Shashank Joshi is the Economist’s defence editor. He was previously a senior policy fellow for international affairs in the Renewing the Centre team at the Tony Blair Institute for Global Change, where he led the Institute’s work on foreign policy, focusing on economic, political and military pressures on the liberal international order. This included challenges to open trade, traditional alliances, American leadership and liberal democratic values. Shashank is also a senior research fellow at the Royal United Services Institute (RUSI), where his interests lie in foreign and security policy in India and the wider Indo-Pacific region.

Shashank was educated at Gonville and Caius College, Cambridge, where he was awarded the Schuldham Plate and graduated with a starred first. He holds a master’s degree from the Department of Government at Harvard University, where he served as a Kennedy scholar from Britain to the United States. He has been a research associate at the Changing Character of War Programme at the University of Oxford, regularly lectured at the Defence Academy of the United Kingdom, and given evidence to the foreign affairs and defence committees of the House of Commons. As well as writing for major British newspapers and magazines, he has published in a range of journals and written several books, most recently Indian Power Projection: Ambition, Arms and Influence (London: Royal United Services Institute, 2015).

Be the first to know what we're doing - and how you can get more involved.

Thank you. You have successfully subscribed.

Check your inbox shortly for more from us.

Sorry, an error occured during your newsletter subscription. 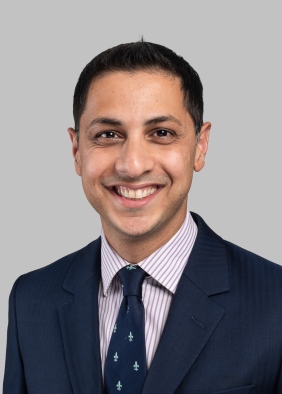 I am Defence Editor at The Economist, where I write on a wide range of military, nuclear, intelligence and other security issues. I was previously Senior Policy Fellow at Renewing the Centre, part of the Tony Blair Institute for Global Change, and a Senior Research Fellow at the Royal United Services Institute (RUSI) in London, where I now serve on the Advisory Board. I have published extensively on Indian defence policy, Asian security and wider international relations.

I graduated with a starred first in politics and economics from Gonville and Caius College, Cambridge University. I hold a masters degree in international relations from Harvard University. During 2007-8, I was a Kennedy Scholar from Britain to the United States. I taught economics and politics to undergraduates as a supervisor at Cambridge and a teaching fellow at Harvard. I am a graduate of the Columbia-Cornell Summer Workshop on the Analysis of Military Operations and Strategy (SWAMOS).

During 2015-16, I was a Research Associate at the Changing Character of War (CCW) Programme at Oxford University. I have lectured to the UK Defence Academy on a regular basis, as well as to a range of other political, diplomatic, and military audiences in Britain, Europe and Asia. I have also given evidence to the House of Commons’ Foreign Affairs Committee and Defence Committee several times.

A full list of my writing for The Economist and other outlets can be found here. My recent briefings have examined subjects including autonomous weapons, India-Pakistan air strikes, US-Iran tensions, military competition in space, the use of artificial intelligence in warfare and the future of aircraft carriers. My most recent book was Indian Power Projection: Arms, Influence and Ambition, published in RUSI’s Whitehall Paper series in 2016 [Amazon]. The Financial Times praised it as “admirably lucid”, and The Diplomat called it “the most up-to-date compendium of information on India’s hard power toolkit”.

Sours: https://shashankjoshi.wordpress.com/
Britain in the World: what kind of world do we want?

About The Economist
With a growing global circulation (now more than 1.5 million including both print* and digital) and a reputation for insightful analysis and perspective on every aspect of world events, The Economist is one of the most widely recognised and well-read current affairs publications. The paper covers politics, business, science and technology, and books and arts, concluding each week with the obituary. In addition to the web-only content such as blogs, debates and audio/video programmes available on the website, The Economist is now available to download for reading on Android, Blackberry PlayBook, iPhone or iPad devices.
More about The Economist

»  *Audit Bureau of Circulations Worldwide, Jan-Jun 2015
Subscribers can enjoy each week’s full issue of The Economist in print, at Economist.com or via The Economist apps.

India's GDP Rebound At Number 1 - Why Are Economists Mum? - NewsX